Remember how in Sleeping Beauty the whole town was asleep for a few hundred years? Well here’s a similar story.

For the last two years the residents of Kalachi have been falling into unexplained bouts of sleep – sometimes for weeks at a time. With no cause yet identified. The mysterious illness has sent residents into comas, sometimes lasting days on end.

“I was going to town on 28 August ,” Kazachenko told Eurasia in an interview still disoriented by the experience. “I came round on 2 September. I understood [on waking up] in the hospital that I’d fallen asleep.”

Kazachenko blacked out while driving his motorcycle, with his wife riding with him. “It’s good it wasn’t that foreign vehicle,” he jokes, gesturing at his car standing beside his neat white cottage. “That’s fast – a motorbike isn’t so fast!”. He didn’t complain of any other injuries as a result of his sudden sleep. The motorcycle incident was his second journey in to the land of nod – “the first time I slept for three days,” Kazachenko says, laughing. He maintains a sense of humor about his predicament but it has had serious health implications.

The ‘sleeping sickness’ is baffling doctors and scientists alike who have tested increased levels of radiation; carbon monoxide; radon and a build up of heavy metal salts which can be toxic.

Scientists say radiation is within permissible levels, as is the concentration of heavy metal salts. Elevated levels of Radon and carbon monoxide were detected but later ruled out as a cause.

In January Sergey Lukashenko, the director of the National Nuclear Centre’s institute for radiation security, acknowledged that some of houses of the affected residents had carbon monoxide levels that were ten times higher than recommended. This he said, could have caused similar symptoms to the “sleeping sickness”.

Kazakhstan’s government has said the village is on the “personal radar” of president Nursultan Nazarbayev, and prime minister Karim Masimov has set up a commission to coordinate the research: by the end of last year over 20,000 laboratory and clinical test had been conducted – on the air, soil, water, food, animals, building materials, and on the residents themselves. The tests are ongoing.

Its been dubbed as a freak of nature at work crazy huh?

SCRAT FINALLY GETS HIS NUT 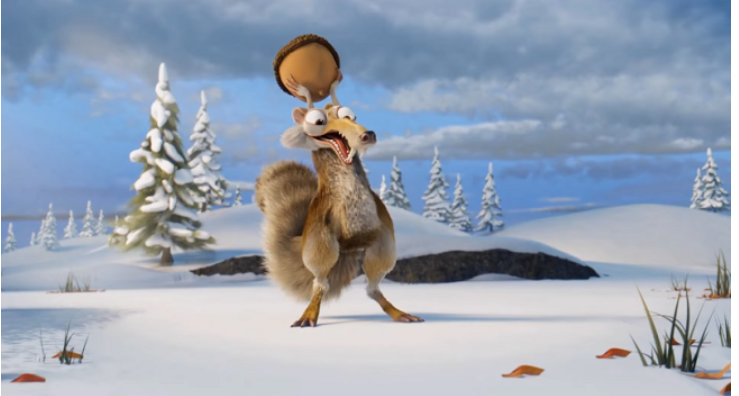