SCRAT FINALLY GETS HIS NUT

That video is about the forever unlucky Sabre Toothed Squirrel Scrat, who is always trying to hide his nut, which always ends up in disaster.

Blue Sky Studios are not only known for the Ice Age films as they also brought you Dr Seuss’ Horton Hears A Who, Rio, Rio 2, The Peanuts Movie as well as Spies In Disguise.

With the news of Blue Sky’s closing, we send 34-years worth of gratitude and appreciation to our friends and fans throughout the world. 💙 pic.twitter.com/uN4h4wVzvz

In the final days of @BlueSkyStudios, a small team of artists came together to do one final shot. This shot is a farewell, a send-off on our own terms —— Blue Sky Studios 🌰#IceAge #IceAgeScratTaleshttps://t.co/CA3klgo98x pic.twitter.com/tkcXwyLcMS

Blue sky studios is over and made this animation I’m so sad https://t.co/vW7wO1voDk

we were all waiting for this moment he finally got it https://t.co/AzuJ6lFIRT

Describe How You Feel About the Long Weekend 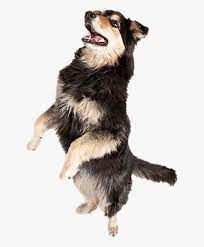