Penrith Panthers Win Back to Back NRL Finals!

The Panthers have won the 2022 NRL grand final by 16 points, after a near-faultless display in attack saw them beat the Eels 28-12 at Accor Stadium on Sunday night.
In one of the most one-sided deciders this century, Penrith blew the Eels off the park in a near-perfect first half before Parramatta’s only two tries came in the final four minutes – with the margin flattering the men in blue and gold big time.
Dylan Edwards, the Clive Churchill Medallist, in particular was superb, making 228 metres on the back of his kick returns, as well as producing the cover tackle of the night on Bailey Simonsson in the second half and setting up two tries in the win.
In comparison Mitch Moses was unable to get an attacking kick away until the 40th minute, as their hopes of ending the 36-year drought were quickly extinguished 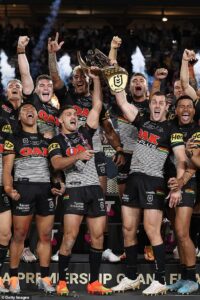 Trevor Noah Stands Down As The Daily Show Host 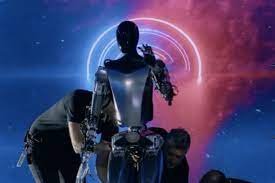