Adele and Spotify agree on listening to album in order 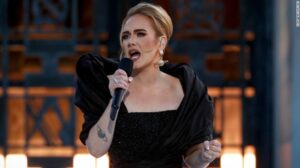 She tweets and thanks Spotify for allowing this. 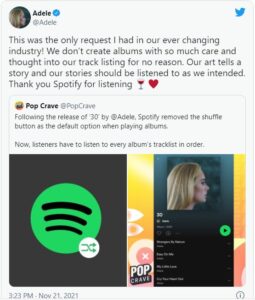 “Easy on Me,” the lead single from “30,” last month broke the record on Spotify for the most-streamed song in a day. It also broke the UK record for most streams in one week.

Adele Meets Her Year 8 Teacher and Completely Loses It 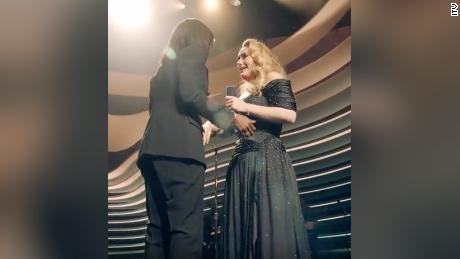 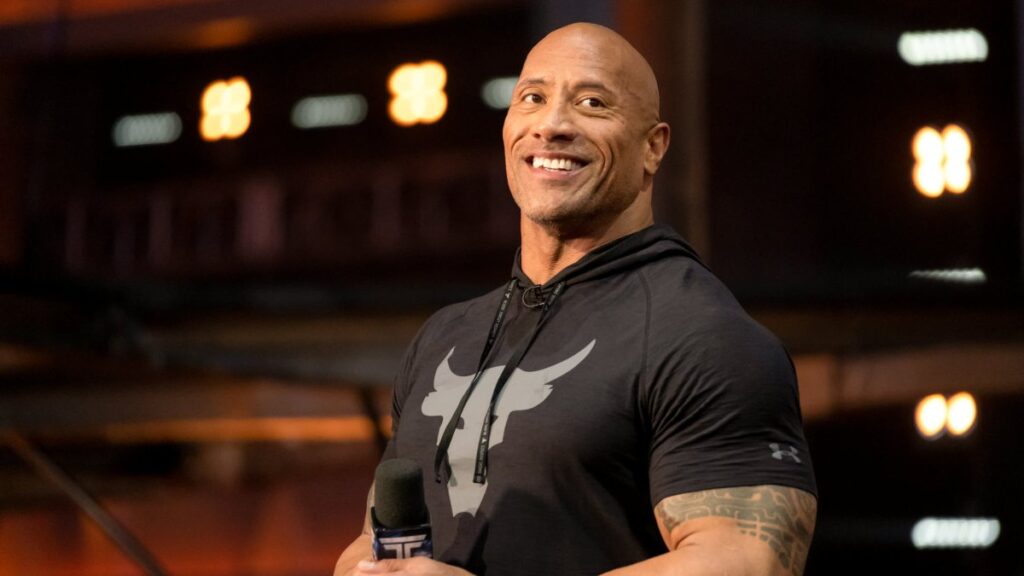