For the love of art! At least 72 objects that were taken from the Kingdom of Benin, the capital of Edo State in southern Nigeria, during a British military operation in February 1897 were stolen and taken to the United Kingdom as “spoils of war. The decision comes as a victory for Nigeria and other African countries that have fought to recover cultural artifacts seized during military occupation and held in museums, mostly in Europe, but also in the United States and Australia.

Own An Island In Scotland 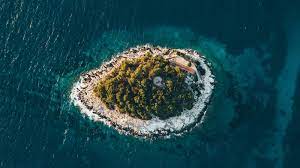