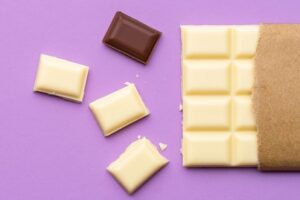 The first modern chocolate bar was invented in 1847, but it wasn’t until 1930 that white chocolate appeared on the scene. Invented by Switzerland’s Nestlé corporation, white chocolate was unlike anything chocolatiers had ever seen before. Nearly a century later, chocolate lovers are still wondering: What is white chocolate?

Made from the same cacao beans as other chocolates, white chocolate production involves a little twist. Chocolatiers take the brown cocoa solids out of the original chocolate equation entirely, using only the cocoa butter. And here’s more food facts trivia you might not know: The flavour of white chocolate can vary wildly between brands. Some taste of rich cocoa butter. Some are aggressively sweet. And some have a subtle hint of vanilla flavouring.

You may have heard that white chocolate isn’t really chocolate because it doesn’t contain chocolate solids. But chocolate could talk it’d tell you just the opposite. According to the technical definition, white chocolate most certainly qualifies. So, what is chocolate, technically speaking? It’s defined as food made from the roasted and ground pods of the cacao tree. After harvesting, the pods are cracked open, and the beans are removed and left out for several days to naturally ferment. Next, the beans are dried and roasted, and their shells are removed and discarded. What’s left is known as a cacao nib—the base element of all things chocolate.

So there you have it White chocolate is as chocolate as Dark chocolate.

The Birth of a Meme! 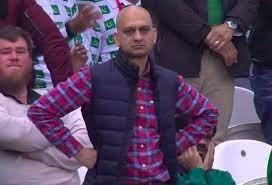