Surgeons in Northwest China operated on a 14-year-old girl this week who had eaten her own hair.

The teen who likely suffers from a psychiatric condition called Pica, which makes her feel compelled to rip out clumps of her own hair and eat it.

The gastroenterologist in charge of her treatment, said her grandparents failed to notice her rapid decline until she became so weak that she was unable to eat.

Dr Shi said: “She came to us because she couldn’t eat.

“We then found that her stomach was filled with so much hair that there was no more room for food, her intestine was also blocked.”.

I have heard of cats having hairballs but never a human being.

187 COINS FOUND IN MENS STOMACH AFTER HE COMPLAINED OF STOMACH PAINS AND BLOATING. 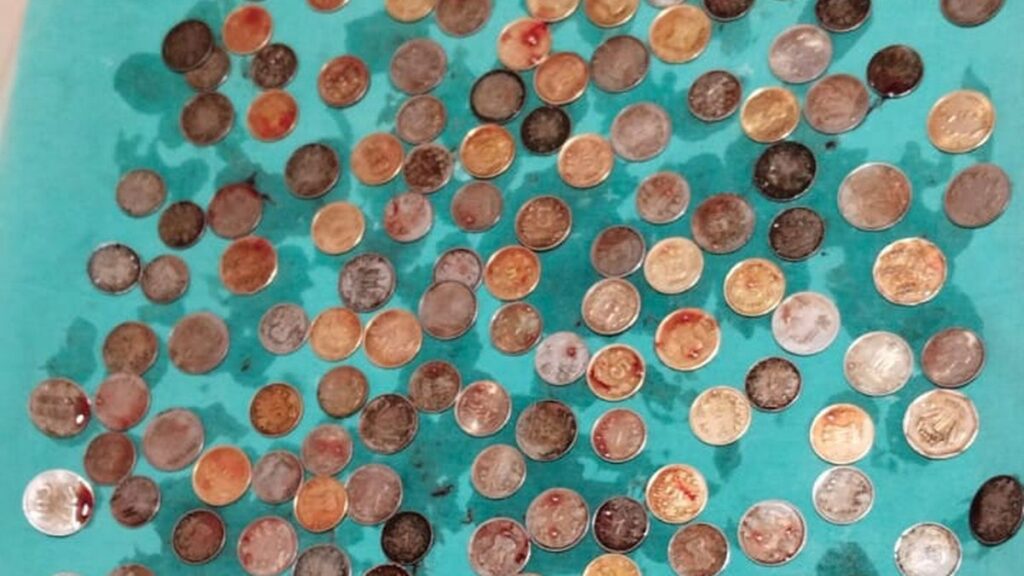