Actor Alec Baldwin Will Be Charged With Involuntary Manslaughter

Alec Baldwin and the film’s armorer will be charged with involuntary manslaughter. The family of the deceased, Halyna Hutchins, who was a cinematographer, thanked prosecutors for their decision. Baldwin has maintained he was not aware the gun he fired during a rehearsal contained a live round. A conviction is punishable by up to 18 months in jail and up to a $5,000 fine

Bring It On Sequel In The Works 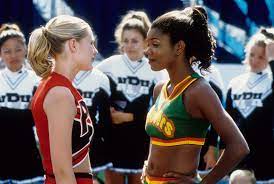